The Liquid Art of Being Korean

Culture can be conveyed in many ways, and tourists like to try to connect to the places they visit with museum tours, architecture strolls, art crawls, and long afternoons in cafes reading a local novel.

But though you can do all those things in South Korea too, you could probably learn all there is to know about Korean culture, its history, and its present, if you did nothing else with your time there than drink.

You could begin with the significance of banana milk in Korea, a significance which can be understood by Canadians who know a bit about Ovaltine.

If you grew up in the 1970s or earlier, you may remember Ovaltine (called Ovomaltine in some places), and will almost certainly be able to conjure up from memory the feeling it gave you whenever you stumbled on it in adulthood.

It may not have had the unctuousness of chocolat à l’ancienne, or the surprise and multi-layered delight of a Torinese bicerin, or some of the other more sophisticated chocolate concoctions you’ve since discovered.

But if you grew up with this simple but very specific not-quite-chocolate-milk flavour, it will have stayed with you, imbued with meaning, smile-inducing, maybe even a gateway to your past and the time and place you were raised.

Binggrae, banana-flavoured milk (and other flavours)

Though it’s only been around since 1974, when Binggrae – still the most famous banana milk brand – began production, it is a liquid link to a time when South Korea was a very different place, the sort of place where economic realities meant that the average person had never tasted an actual banana.

Bananas are common now, and South Korea is one of the world’s richest and fastest-growing nations, but banana milk continues to be a meaningful favourite.

Once you’ve had your Binggrae (I recommend grabbing your first one before you leave Incheon airport), you’ll want to move straight to the soju. Though you’ve probably heard of this one – it is, in fact, the world’s most popular spirit – this is a drink with a depth you’ll want to explore in its homeland.

Though its origins are as mysterious as any drink as old as soju, it seems it’s descended from Middle Eastern arak, and entered what is now Korea in its Goryeo period, which ended in the 14th century (the similarly named shochu took another 400 years to make it to Japan).

Like many very old distilled liquors, it can be made from several things – tapioca, sweet potato, and rice among them -- depending on the season and relative wealth of the distiller.

Though good soju can be made out of any of these bases, generally the rice stuff is considered the best, and it’s the most likely sort you’ll run into, at least to begin with.

Though it may look like Western clear spirits, a sip will disabuse you of any idea this soju is the Korean vodka. Soju is meant to be savoured, both in moderation and to excess. Sort of like a pinwheel version of sake, it is buttery and malty and sweet, but no one aspect of its profile overwhelms the other. It’s mostly sold in quite small bottles, so if you do end up getting drunk on soju, it won’t be by accident.

There is also an etiquette surrounding the drink, one that – as with so many Korean drinks – offers some pretty profound insights into the culture.

That first drink should also be swallowed all at once, glass held in both hands, face averted from your host or server. The two hands in both instances are a sign of respect, much like the pan-Asian practice of giving and receiving business cards with both hands, an indication that nothing is more important in that moment than this.

Averting your face is, I’m told, more about not showing your teeth, which is seen as rude, aggressive, or both (and the reason you’ll notice many happy people with grins or laughing only shallowly when not covering their mouths entirely). 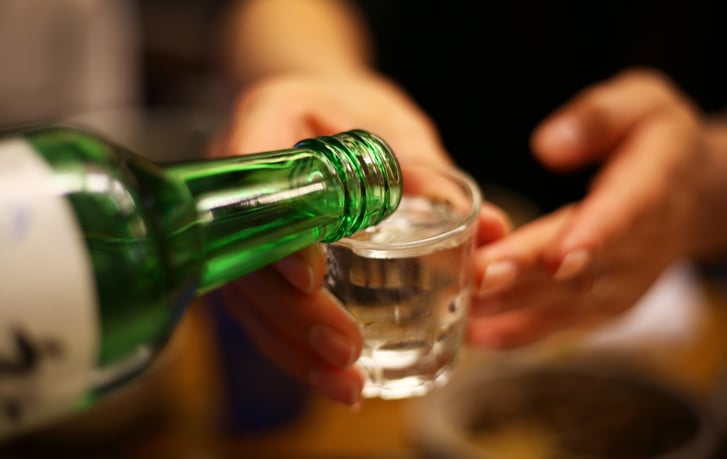 Never pour your own Soju

The rules change for the second (and successive) drinks -- you may serve your server, for instance – but one thing remains sacrosanct: You should never pour your own drink. You fill their cups, they fill yours. Never serving yourself means, of course, that you should never drink soju alone. This doesn’t mean you need to always be with friends or family, though. Korean drinking culture is a communal affair, and a table of soju drinkers next to a lone diner will often end up as a table of soju drinkers with one extra chair pulled up to it.

Once you’ve mastered soju (warning: this could take more than a couple of evenings), it’s time to move on to Somaek, a sort of Korean michelada that mixes soju with beer (Maekju, in Korean).

There is, of course, a ritual or two involved in Somaek, as well. It’s quite stylized, in fact, with the mixer known as the “manufacturer,” each one with their own ideal ratio and mixing style. (The Korea Times figures 70 per cent beer and 30 per cent soju is probably best.)

You could just pour one, and then the other, into a glass, but where’s the fun in that?

Better to do it hurricane style, which involves pouring the beer first, adding the soju, covering the top of the glass with a napkin, covering it with your hand and twisting the glass quickly to mix the contents into what looks like a tempest in a beer glass. (There’s a famous scene in the Korean movie Love 911 in which Han Hyo-joo does a pretty good job of it, in case you want a tutorial before your Korean bar debut.) 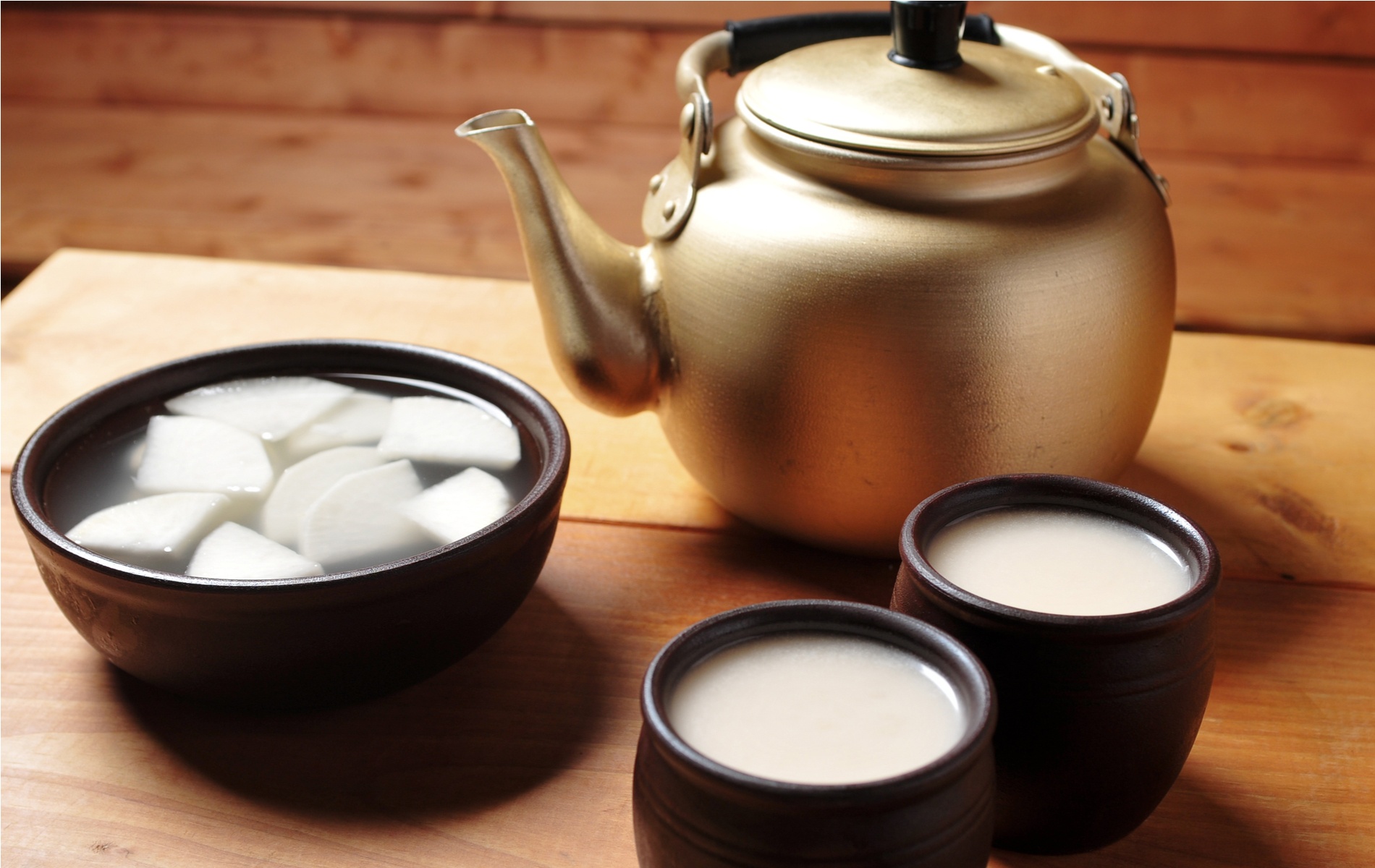 Beer tends to be light in South Korea – both in colour and strength – but extremely popular, as is makgeolli, a sweet, cloudy rice-based drink usually between 6% and 8% alcohol by volume (and probably a few hundred years older than soju).

And at last count, there are more than 200 distinctly Korean non-alcoholic drinks as well, including:

That’s a lot of drinking.

You may want to book a second trip now, while you’re at it.

Want to find out more about Korea's fascinating culture and cuisine? Take a peek at the Travel for Traveller's Discover brochure today!

«How do you take your kimchi?
The Almost-Forgotten Heart of Germany»