How do you take your kimchi?

I was on a cross-Canada train trip this summer, and stopped for a few days in Jasper, Alberta.

The train food had been excellent – I’d been expecting some version of airplane food and was surprised – and I was expecting a possibly pleasant diner/pub-food downscaling in this town that mostly serves as a hub for extreme athletic adventures of one sort another in the general mountainous vicinity.

The skillets for breakfast looked huge, and the various meats and starches at the other meals did not disappoint. But once I veered off the main street and over to Patricia, I decided to stop into the Kimchi House.

Once again, I wasn’t expecting much: Korean food in Jasper? 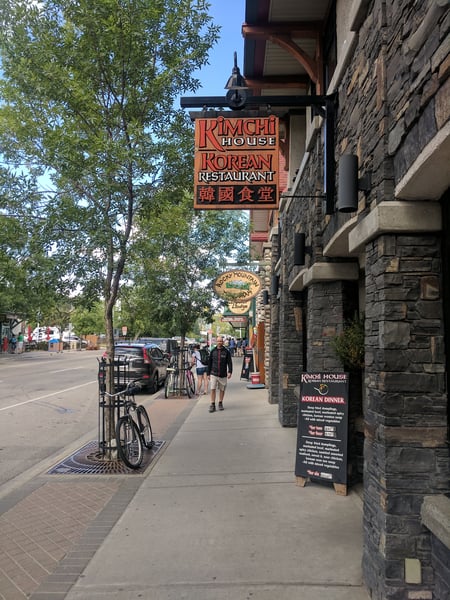 It was the best meal I had there.

I had the kimchi jiggae, a stew developed, like kimchi fried rice, as a way to use up extra kimchi (and there’s always extra kimchi). It’s simple: fermented cabbage, pork belly, gochujang pepper paste, gochujaru pepper flakes, and tofu. But like many simple things – soufflés, bagels, stingers – it’s difficult to get right, and easy to get wrong.

Owner Monica Am and her staff don’t get it wrong.

My popping and sizzling kimchi jiggae

As the world’s cuisines travel and transform, certain characteristics start to stick up among the most popular foods.

Sushi is finicky, a connoisseur’s dish that requires the best and often most expensive ingredients to be truly itself.

French food, at least the stuff that comes from Paris, is all about the sauces, the so-called mother sauces, variations on which make the difference between Michelin stars and mucosal goop.

Even though the most popular Thai food is street food back home, it requires so many ingredients unfamiliar to North American and Western European fans – fish sauce, tamarind, palm sugar – that it remains a challenge to do well at home, or in most restaurants.

But the Korean food that’s made the transition to foreign shores – kimchi, bulgogi, galbi, bibimbap – has a lot in common with the northern European staples that became the household norms in Canada and the US over the generations, probably since Korea has a similar four-season year.

The flavour palette is entirely different of course, but with the familiarity of form, those strange flavours, those sours and bitters, sweetness where it’s least expected, and spicy heat running under everything, have had an easy time of it on domestic palates.

But here’s the thing about almost every foreign food you’ve grown to love: We only get the greatest hits. If you want to take a dive into the back catalogue, you’ve got to go to the source.

The best example of kimchi itself, the salted, fermented napa cabbage and, as of the 19th century, chili pepper.

Or at least, that’s what we get when we order kimchi. But going to Korea is like Dorothy stepping out of her black and white tornadoed house into a Technicolor Oz.

Napa cabbage is popular, but it’s one of – according to UNESCO, which has named kimchi and the practices associated with it as part of the world’s Intangible Cultural Heritage – at least 200 kinds of kimchi.

Depending on where you go, and what sort of restaurant or home you stop in, you can get white kimchi (baek-kimchi), unfermented kimchi (baechu-geotjeori ), stuffed cucumber kimchi (oi-sobagi), and kimchi made with Indian mustard (gatkimchi). 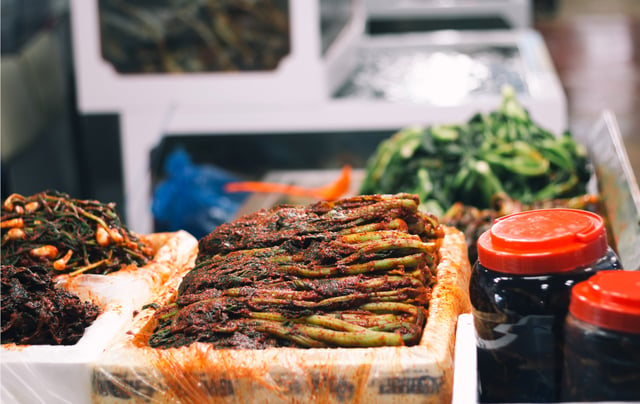 Ordering “kimchi” in Korea can be a little like ordering a beer in a movie. It can seem perfectly natural, but who walks into a bar and just says, “beer”?

Of course, as a foreigner, if you do just order kimchi, they’ll almost certainly know you want the napa cabbage, chili pepper variety.

But why restrict yourself to restaurants? If you go to Korea in the late autumn, it’s kimjang season, the traditional time families and communities get together to make kimchi of all kinds.

In November, news programs begin to run segments aimed at an entire nation waiting to make their annual winter kimchi. They’ll announce the first time the weather is ideal (average daytime temperatures of no more than 4C), and will keep track of bulk prices of the relevant vegetables.

Every family has its own recipe, and though many can be similar, none is precisely the same, and passing down the specific recipe and technique, usually from mother to daughter or daughter-in-law, is considered a fundamental part of Korean life.

Though it is a family activity, the line between family and community is not as boldly drawn in Korea as elsewhere. In UNESCO’s short film on the subject, it captures an announcement, made over a village-wide PA system: “Dear villagers, Hyo-yeon’s family is doing kimjang today. Please help them out if you’re free.”

In bigger cities, gatherings of hundreds or thousands will make kimchi en masse in public spaces to help feed those unable to make it for themselves.

Once the vegetables have been prepared, most forms of kimchi require days, weeks, or months of fermentation. While many still do it the traditional way – in clay pots buried in the yard – there are now kimchi fridges that let you neatly stow your batches away in your apartment until they’re ready to eat. 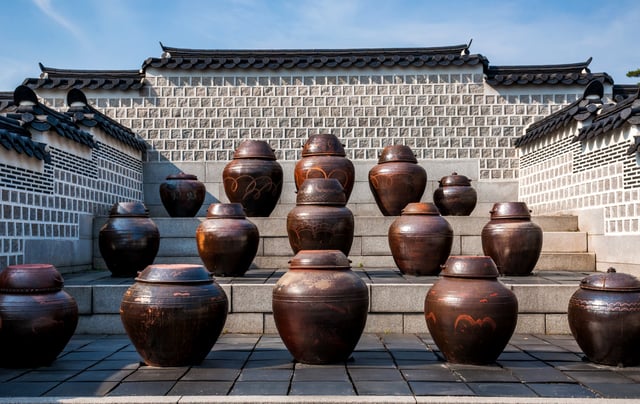 Much like pasta in Italy, kimchi is the basic ingredient in Korean cooking, the foundation upon which the rest of the cuisine – and nearly every meal -- is based. A recent poll determined that 94 per cent of Koreans eat the stuff at least once a day.

Though November is the time when kimchi-making reaches a fever pitch, kimchi is made all year, and it’s a proud enough part of Korean heritage that you’ll always find someone – a tour guide a host family, a restaurant or a village – willing to show you how it’s made.

And once you’ve tried your hand at that, you can move onto the jiggae. Mrs. An’s in Jasper is good, but there are a hundred different ways to prepare it, as any Korean you meet over a glass of soju will be happy to explain.

Soon enough you'll have the answer for yourself, or perhaps you do already...

So how do you take your kimchi?

Want to find out more about Asia's secret gems and amazing adventures? Take a peek at the Travel for Traveller's Discover brochure today!

«12 Beaches To Visit In Phuket, Thailand
The Liquid Art of Being Korean»